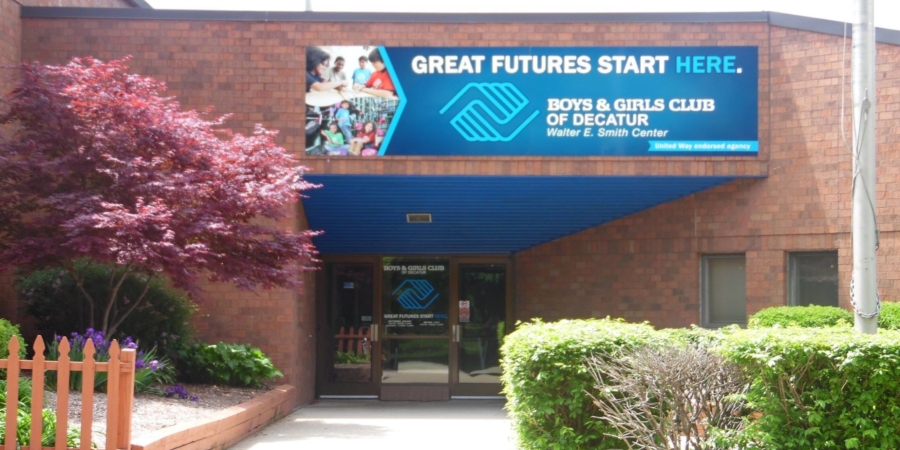 Learn how the Boys and Girls Club of Decatur has been changing lives.

Founded in 1972 by a group of concerned citizens, businessmen, social workers, attorneys, ministers and law enforcement officials led by Mr. John L. Howie, founder of the Grigoleit Company, formed a steering committee which led to the organization of the Decatur Boys Club as a non-profit corporation. The Club sought to provide quality youth programs and exciting activities to young men between the ages of 7 to 17 by combining an efficient use of its facility with an active involvement with the families it serves and the local agencies with which it collaborates. Then and now, the Club has been responsive to the needs of the community through its mission, “to enhance the quality of life of youths of all background, with a special concern for the disadvantage; and to develop necessary qualities for such youth to become responsible citizens and leaders”.

Mr. Charlie Jackson was elected as the Board of Director’s first President in October 1973. After a year’s effort and many disappointments, the board was able to identify a suitable facility at 863 E. Leafland and embarked on an $80,000 capital fund campaign to purchase and renovate the building.

On February 1, 1974 the first Executive Director, Richard Koehler, was hired. By June 26, 1974 building renovation was completed with the facility consisting of two offices, library, craft shop, games room, and a 30 x 40 physical education room was open to boys.

In September of 1974, the Club was accepted as a chartered member of Boys Clubs of America.

In 1975 the Club became a member agency of the United Way of Decatur and Macon County and received its first allocation in 1976.

In 1978 associate (girl) members were given full and equal membership status as Club Members.

In late 1979, the board launched another capital fund campaign to meet the need for more space and address the increasing need for club services. Through the generosity of many businesses and individuals the 1.3 million dollar campaign was a success and in the fall of 1983 the Club opened its newly constructed 15,000 square foot facility, located at 859 N. Jasper Street. Upon moving into its current facility with a total membership of approximately 320 boys and girls, Club membership grew in excess of 1,000 members by 1985.

On October 15, 1991 Mr. Dwayne O. Andreas announced and presented shortly thereafter his personal pledge of $1 Million to the Boys and Girls Club of Decatur.

Our rich history and the prospects for a bright future will serve the Club as well as a place of recreation and learning, while promoting the health, social, educational, and character development of boys and girls in Decatur/Macon County. Our accomplishments and the outlook for the future would not have been possible without the support of the many individuals whom have and are serving as volunteers on the Club’s board in programs/activities; and the corporate, business and individual contributors.